Aesthetician Labs (pronounced “es-the-tish-en”) is an award winning artist-owned video game cooperative based out of lovely Rochester, NY. We founded AeLa in 2018 after winning the New York State Game Dev Challenge with our game, Crazy Platez.

Our team has years of experience and multiple shipped titles across the App Store, Google Play, and beyond. We bring fresh creative energy to each and every project we work on and we love to take on new challenges. No matter how big or small, we can help you bring your ideas to life!

We'd love to help you with your project! Check out our work below and if you like what you see, get in touch.

Who we've worked with

Squire for Hire is an innovative 18 card, tile laying inventory management game for up to four players designed by Jon Merchant and published by Letiman Games. Playing as one of many squires, players compete to collect the highest scoring bag of items for their liege.

Bringing the physical to digital

We worked with Jon and Letiman Games to both bring Squire For Hire: Digital Edition to life and help Letiman Games expand their offerings beyond physical media. Combining the Squire for Hire base game and the Mystic Runes expansion, we crafted a mobile-native experience that "does a wonderful job of capturing the feeling of the original game" and reviewers "could not put down."

We also worked with Jon and Letiman Games to design quests that are totally unique to the digital game. We also leveraged achievements and small progression events to keep players coming back.

Don't just take our word for it though, check out these great reviews! 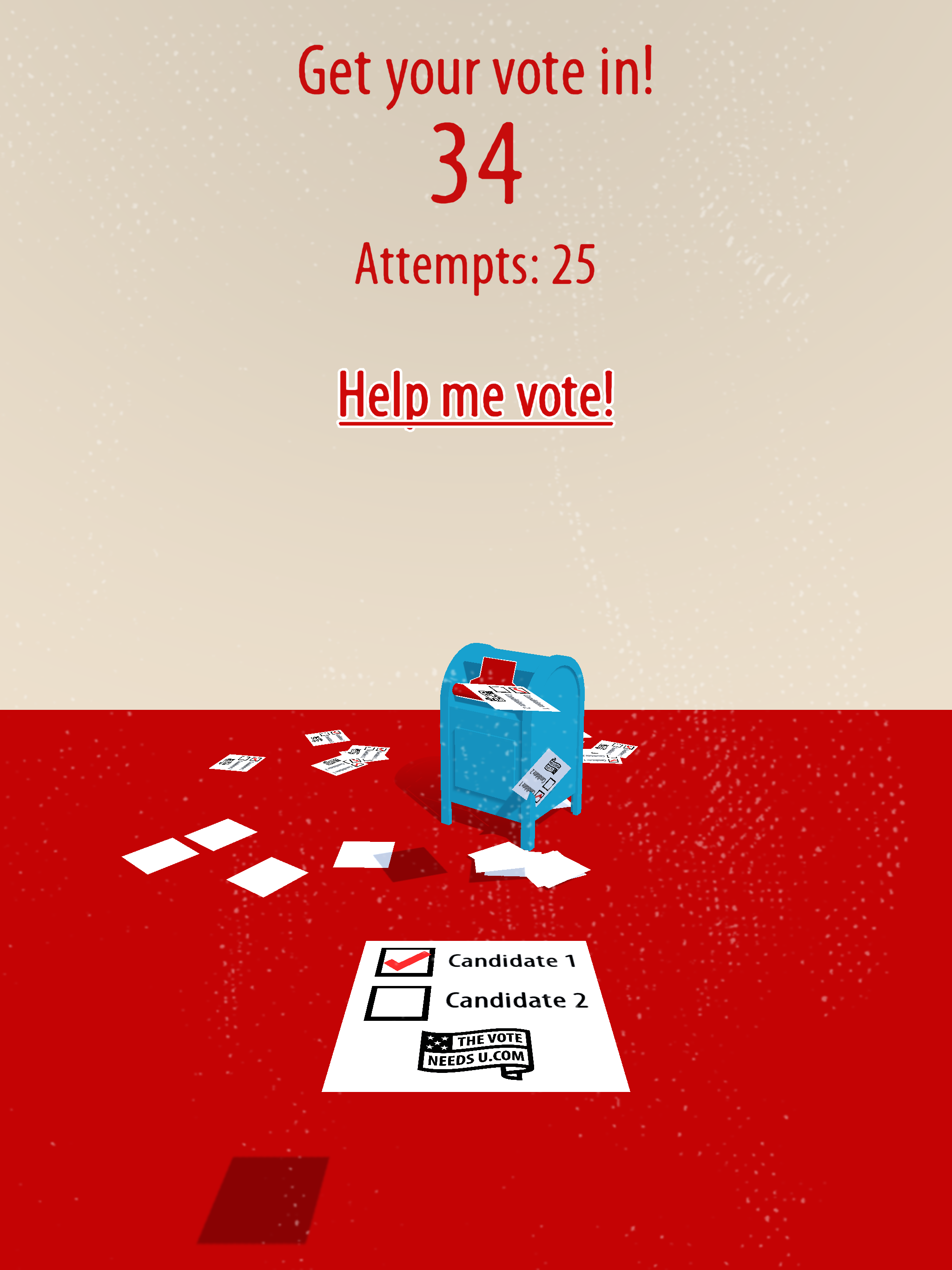 The Vote Needs U

In late 2020, as the United States braced for the upcoming General Election, Partners + Napier reached out to us for help revitalizing their 2018 voter engagement campaign, "The Vote Needs U." Under a tight and understandably immutable timeline, we worked with them to brainstorm a simple, effective, and award winning game that highlights for players the importance of using their vote—especially in an election where making voting less accessible was on the ballot.

It shouldn't be this hard to vote

In the game, players race against a timer, swiping to fling their ballot at an ever-evasive mailbox. Ultimately unsuccessful in their attempts, players' frustration is redirected with a simple prompt: "it shouldn't be this hard to vote." Players are directed to the campaign's main website for more information, including links to register to vote. 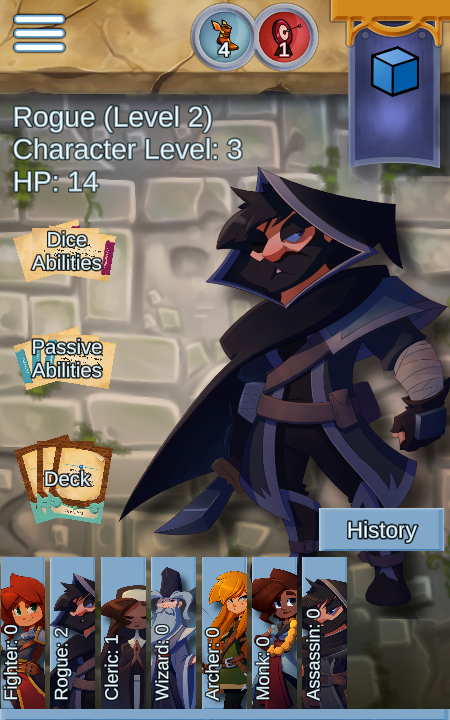 Adventure Tactics: Domianne's Tower is an encounter-based, campaign-driven, cooperative tactical combat game designed by Nicholas Yu and published by Letiman Games. Letiman Games approached us with the goal of building an app that could get potential Kickstarter backers exited for the game as well as serve as a functional companion app for the game.

We worked with Nick and Letiman Games to develop a design a "digital character sheet" that lets players build and track their characters over the course of their campaigns. With each iteration, we sat down around the game and used the app to keep track of our characters as we played. This provided a great opportunity for deeply integrated feedback and iteration as the app was developed in tandem with the physical game.

The character builder was ultimately released on the web to help promote the overwhelmingly successful Kickstarter campaign.

Crazy Platez is where it all started. At a ROC Game Dev community game jam in 2017 we built the first prototype of what would become our award-winning garbage plate delivery game. The theme of the jam was "Rochester" and our core idea was simple, what's more "Rochester" than garbage plates?

We designed and built Crazy Platez with a deeply community-based iterative philosophy. All throughout development we showed the game at multiple community showcases, allowing the Rochester community to play and tell us what they'd love to see in the future. Eventually, we started seeing the same people at different events, and they recognized their feedback reflected in the new version we were showing!

We crammed our love for our hometown into every nook and cranny of the game and it shows. The map is based on the real geography of Rochester including landmark bridges, buildings, and even graffiti.

Aside from our local inspiration, we also took inspiration from arcade classics like Crazy Taxi.

In 2018 Crazy Platez won the NYS Game Dev challenge and we partnered with RIT's MAGIC Spell Studios to publish game. Our partnership with MAGIC was the catalyst for a deep and meaningful friendship that lasts to this day.

We went on to showcase Crazy Platez near and far, including the Game Developer's Conference in 2019. The game is also featured in the Strong National Museum of Play for visitors from around the world to play.

One of our original "pie in the sky" goals for Crazy Platez was to build a fully featured arcade cabinet for the game. Serendipitously, our relationship provided an opportunity to do just that. Along with the launch of the mobile game in January 2019, we launched an arcade version of the game. In the spring and summer of 2019, the cabinet toured with us around Rochester, including being a feature at our local Minor League Baseball team's "Platez" nights. Today, the cabinet lives permanently in the lobby of MAGIC's RIT building, available 24/7 for students and staff to compete for the top of the leaderboard.

These are just a selection of our 50+ prototypes tested in the last year and a half.

Sometimes all it takes is an image. When Aidan came across an unsettling gif of a cow walking on its udder, he thought "I want a game of this." The result: an udderly ridiculous runner. Balance yourself as you gain speed and try not to hit your head! 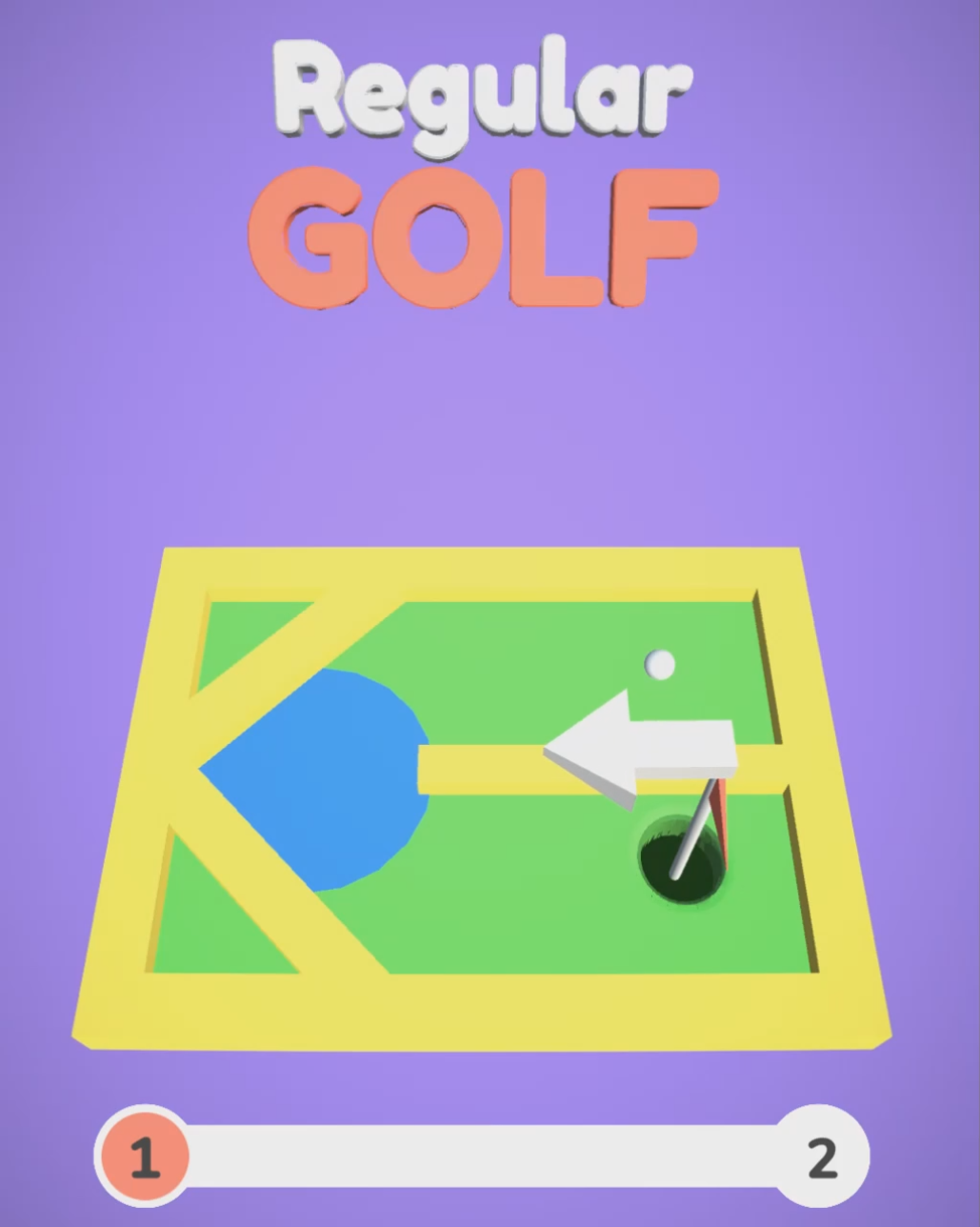 One of our favorite brainstorming tools is the inversion. The premise is simple: identify a constraint you take for granted (i.e. "in golf you putt the ball into the hole"), and invert it!

In Regular Golf, we asked ourselves: "what if we putted the hole instead of the ball?" The result: a funny and unique take on minigolf. 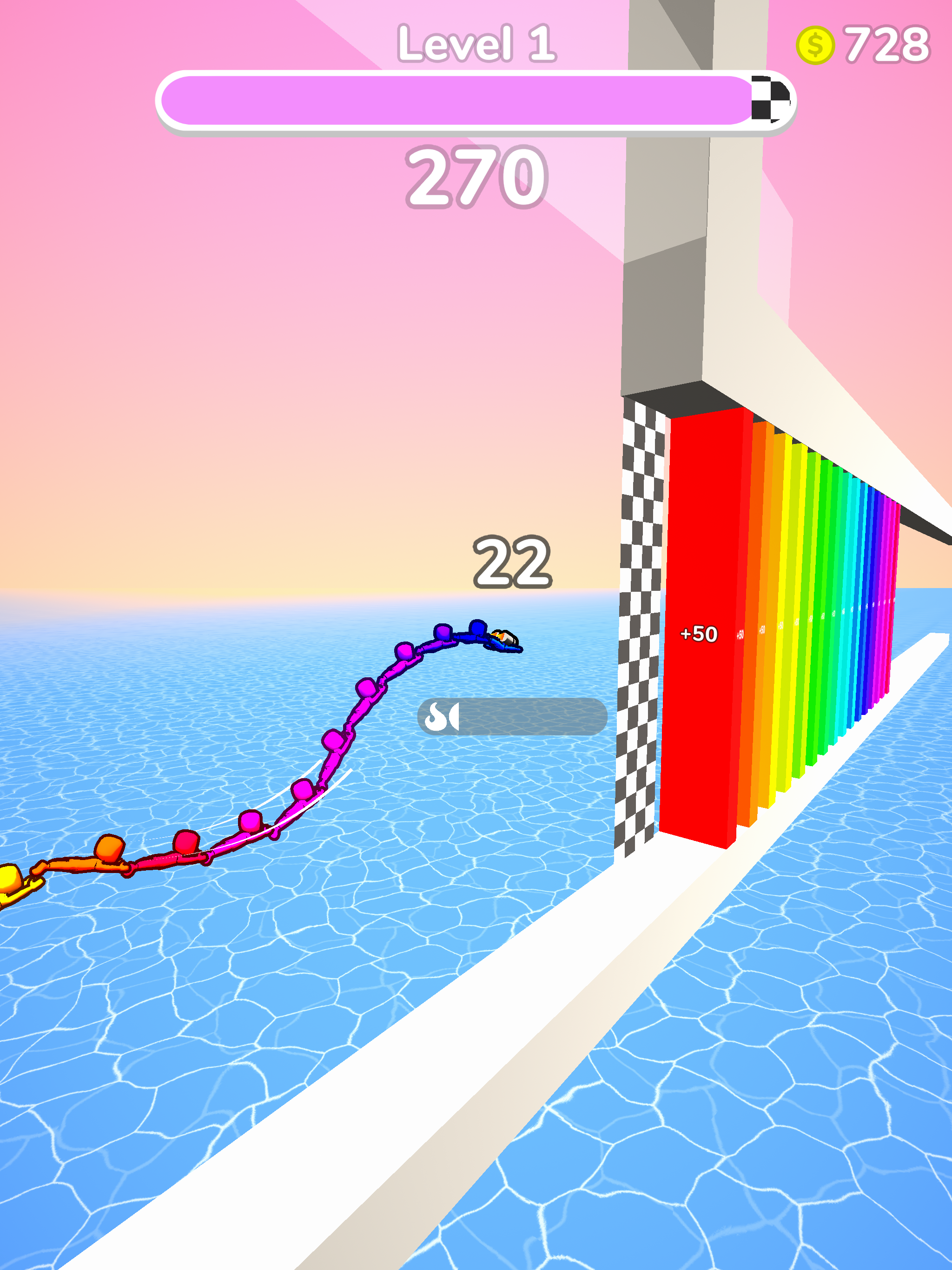 Fly and dodge the obstacles to make the biggest chain! With this prototype, we wanted to try a fresh take on the stacking and growth mechanics that were hot in the hypercasual market at the time. We benchmarked hits like Tower Run, Crash Landing, and Snake VS Block for gameplay, and we added a dash of our own fun to create this wacky game. 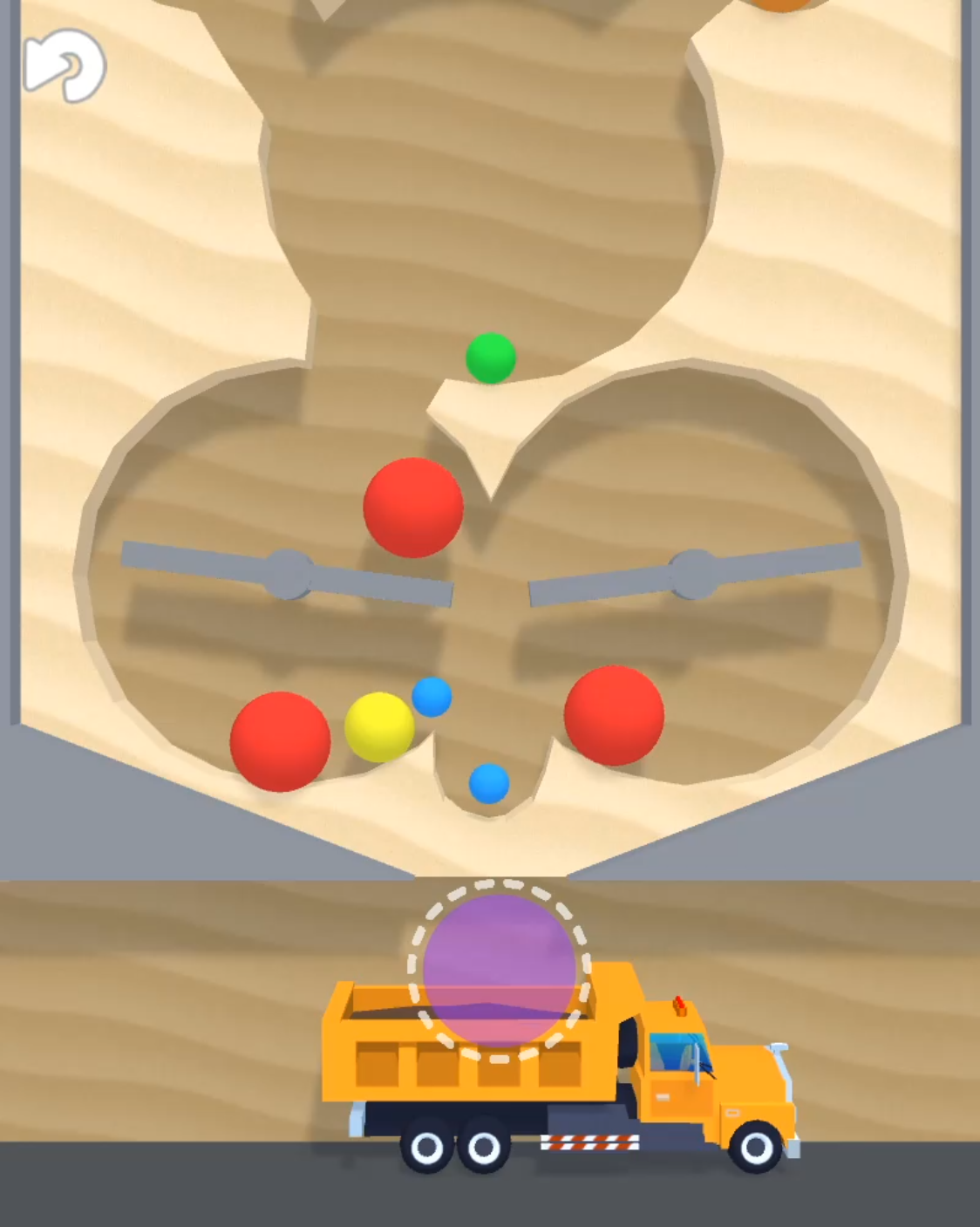 With Dig Merge, we wanted to see what would happen if we merged two hypercasual hits: Sand Balls and 2048 Balls 3D. 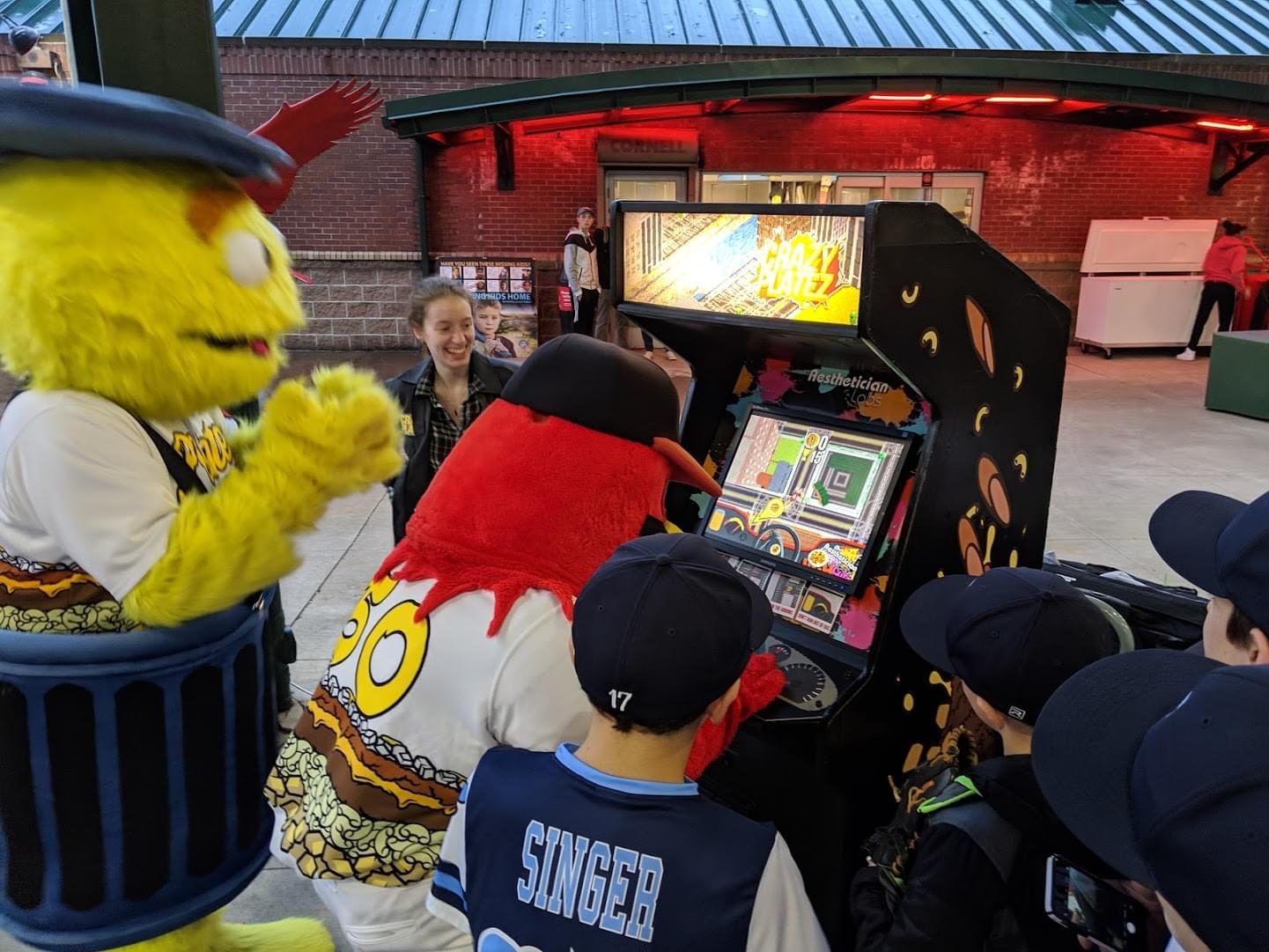 We can do more than just deliver juicy and engaging experiences for mobile. Collectively, we have experience with desktop, console, VR, and even building arcade cabinets!

Have a great idea?

We'd love to help make your great idea a reality! Let's have a call and see what we can do together.